How do I negotiate favorable terms for what I’m buying? 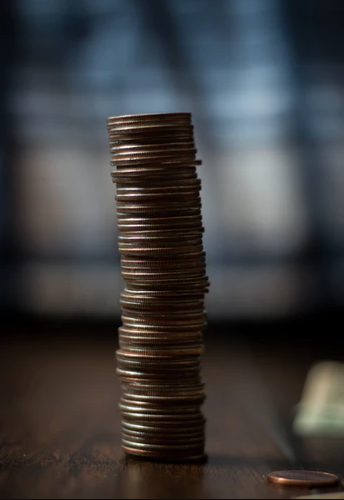 Be assertive, flexible, ambitious, and be careful when you compromise.

In December 2004, Johnson & Johnson (J&J) announced plans to buy the pacemaker manufacturer Guidant for $25.4 billion. Soon after their announcement, 170,000 Guidant pacemakers (56% of the company’s total production) had to be recalled due to malfunctions. Concerned by this development, J&J threatened to pull the offer at first, but eventually reduced their price for the company to $21.5 billion. Here’s where things get really interesting.

Boston Scientific, J&J’s longtime competitor, heard the news and decided to offer $24.7 billion for Guidant. This triggered a bidding war between the two rivals. A year later Boston Scientific wins the battle and acquires Guidant for $27.2 billion—$1.8 billion more than J&J’s initial offer.

There’s a common misconception in what it means to negotiate favorable terms. The Guidant acquisition teaches us not to bargain for the sake of bargaining, and that a great deal should be defined by the value of what it is you’re buying. You could purchase a service or enter into a new contract having saved 30% of the asking price, but how good is that deal if what you’re buying is worthless?

A negotiation approach focused too narrowly on “winning” the negotiation is often too short sighted, driven by misguided competitive attitudes, and likely to negatively influence transparency and trust in the conversation. As a buyer, your negotiation strategy should be about taking measurable steps to ensure that the deal you’re structuring is truly reflective of the value you’re receiving. To be able to fully assess what you’re buying is worth, you’ll need to do due diligence, and take into account the below tips as you’re outlining the terms of your deal.

Be Assertive, but Flexible.

In negotiating with a seller your negotiation approach should be assertive and direct in nature, but flexible enough to consider creative ways you can structure the deal. This does not mean that you should be ready to compromise. Rather, you are confident in your counteroffers and requests, and flexible enough to take into account the seller’s ideas.

I acquired a SaaS business recently, and in that transaction the seller agreed on a sizable reduction in the price through his suggestion of me buying the technology of the software, and allowing him to keep the website domain for resale. It was easy for me to find and buy a new domain, and he sold his domain to compensate for the reduction. This type of win-win agreement happened in part due to the rapport, and the positive exchange and brainstorming the seller and I had. It also happened because of my ask for a price reduction, but flexibility about ways in which that request was met. For additional ideas on how you can structure win-win agreements in this way see section ‘Look for Tradeoffs’ in this article.

Ambitious, but not Extreme in Counteroffers.

While there is no perfect model for predicting exactly which offer is extreme and which is just  ambitious enough, here’s how I’ve approached this challenge in the past. If the counteroffer is likely to result in the seller walking away entirely and not wanting to deal with me anymore, it’s likely that that offer is extreme. If the counteroffer may disappoint the seller, but it’s highly likely they’ll continue the conversation then I’m probably in the right place. Keep in mind that their response will also be influenced by the amount of options and other offers they have on the table.

To strengthen the influence of your counteroffer, and to increase the chances of them continuing to negotiate, be very precise in your counter and explain how you’ve arrived at that proposal. Research supports both of these tips. Offers and counteroffers that are precise, and not round are more potent. Requests for behavioral or mindset shifts are much more powerful when they’re coupled with detailed explanations. Instead of offering $10,000, try $9,875 and explain exactly how you’ve arrived at that number. Being detail oriented in this way will help build your credibility and increase the influence of your offer.

You’ve applied the strategies above, yet they are still asking for you to budge a bit more and increase your offer. If you’ve arrived at this crossroad in your negotiations, there are a couple of tips you should keep in mind to ensure that you’re compromising just the right amount, and that those compromises are bringing you closer towards agreement.

If you do compromise, do not do so too quickly in the negotiation. Compromising immediately before a thorough discussion and back and forth has been established may undermine your credibility and communicate to your counterpart that you didn’t believe your initial ask was reasonable. If you do concede on price or on other aspects of your offer, concessions are best when they’re done in installments. Research shows that the same concession broken up into two concessions (ie. $10,000 vs $8000 then $2,000), is more likely to be received positively. Instead of immediately offering to pay 80% of what the seller is asking for, try staring at 70%, explain your reasoning, and budge your way to 80% slowly. This will get you to the same price point, and it’s more likely to land you a deal.

Additionally, concessions should be labeled and communicated. Compromises should not come at a substantial cost to you, and be used to help you close a deal. To ensure that is more likely to happen, communicate to the other the fact that you compromised, and the costs associated with that compromise to you. Doing so will encourage the other to reciprocate, and guide the conversation closer towards agreement.

Being assertive, flexible, careful and ambitious are critical characteristics a buyer should apply in their negotiations to ensure they negotiate favorable terms. In my next post I’ll delve deeper into how both buyers and sellers can ensure their negotiation counterpart is trustworthy.

This post was originally written as part of a series of articles intended for buyers
and sellers on Flippa (the #1 marketplace to buy and sell online businesses).